Who would have thought an evening of trailing a deer would lead to a new destination being built in Muskogee? Well, that’s what happened.

Garry and Bill never did find that deer, but after a long walk and a few homemade beers, they dreamed up an idea. Muskogee needed a microbrewery and the city planners agreed.

Muskogee city council had the old, rundown firehouse on a list to be demolished, but no one overly wanted this to happen. After a long time of negotiating, the deal was done and the work began.

With the help of many Muskogee locals, the dream slowly became a reality. As word got out about the project, people generously donated photos, postcards and historical artifacts from Muskogee’s past and present firehouse related history.

Many hours of blood, sweat and, yes, even a few tears lead to the design of Station 1 Restaurant and the Muskogee Brewing Company. 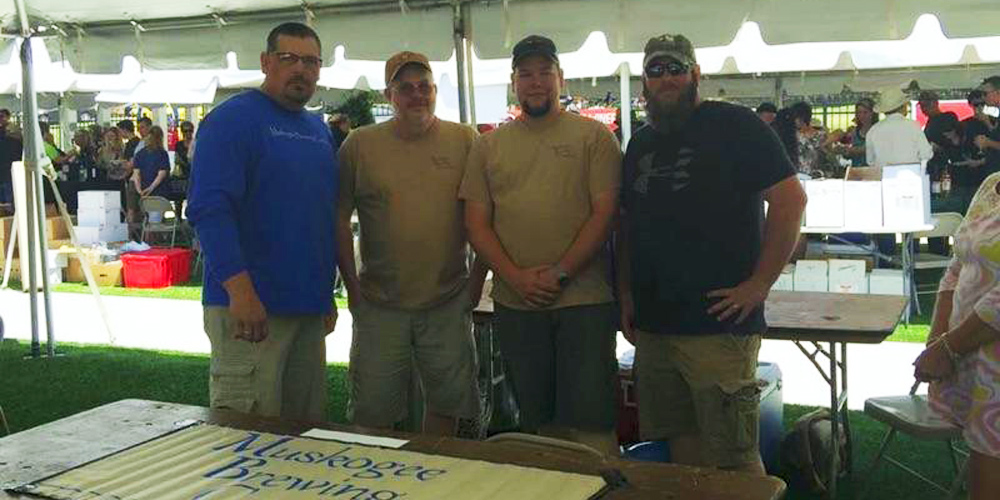 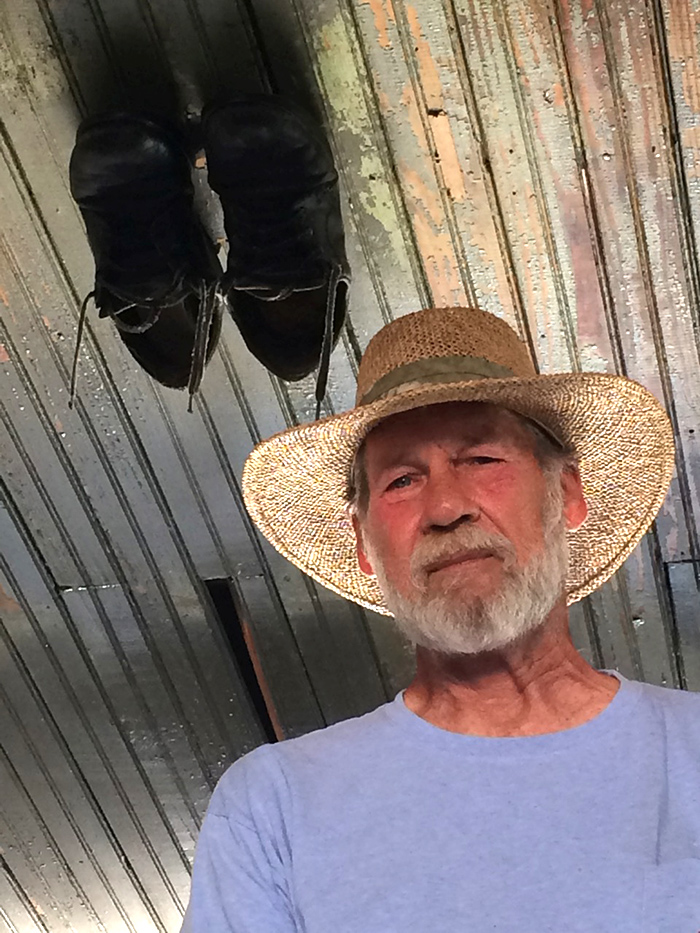 His shoes will forever be tacked to the ceiling of the brewery. 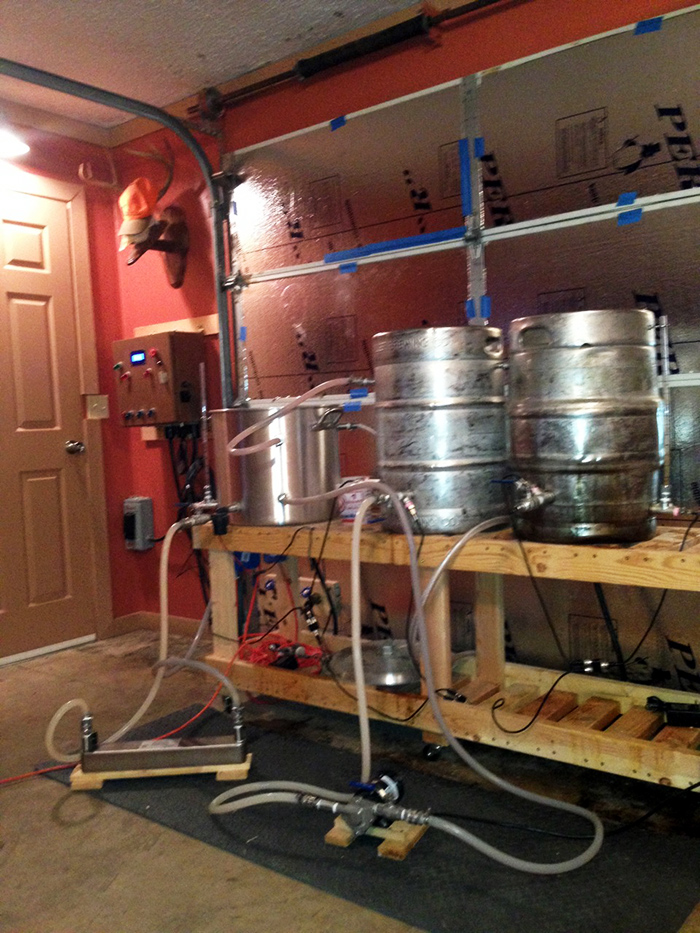 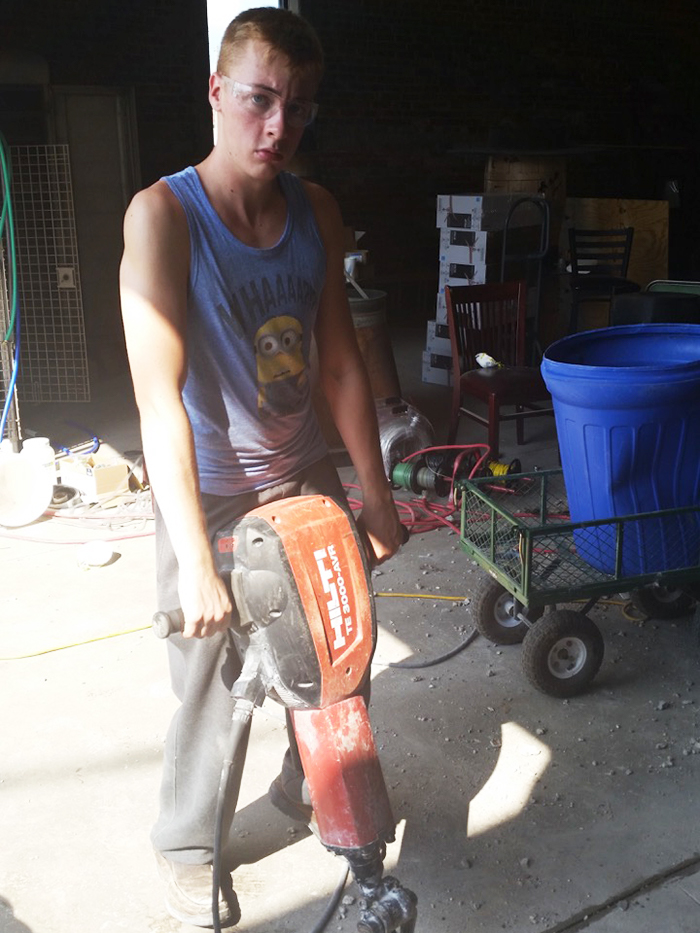 Bowen Page helping out with the heavy work.

Dustin Russell our local firefighter and the brewery’s resident carpenter. 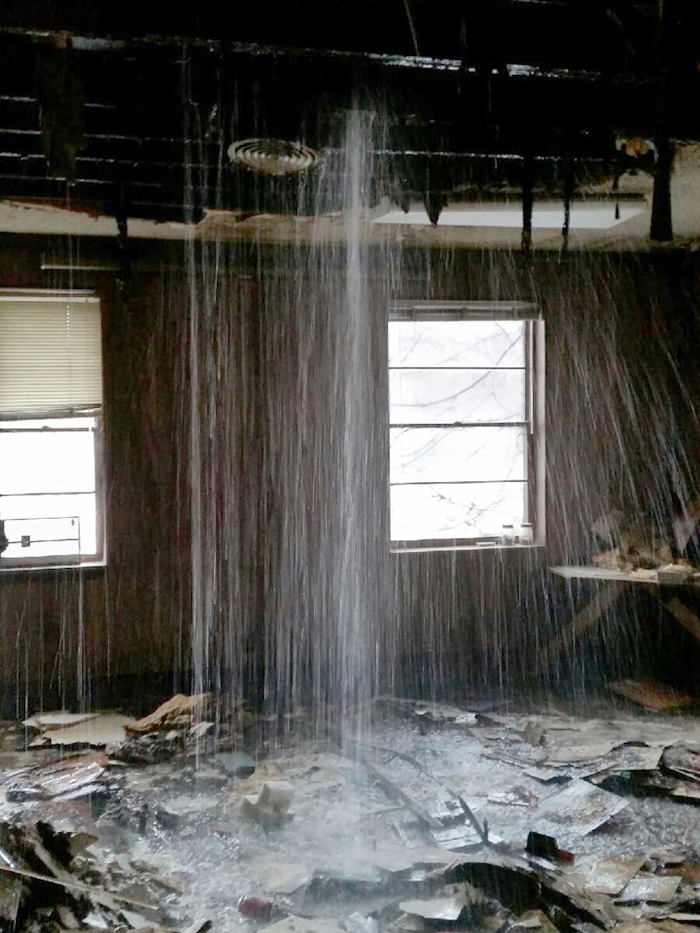 Some small leaks in the roof.